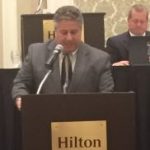 Former North Olmsted High School Athletic Director Tim Carras was recently inducted into the Ohio Interscholastic Athletic Administrators Association Hall of Fame this past weekend in Columbus, Ohio. With almost 20 years of coaching experience under his belt, Tim was named the Athletic Director at North Olmsted in 1998, with his duties including overseeing a 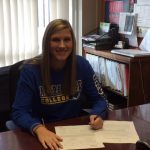 Congratulations to Senior Girls Basketball athlete Julie Kemp on signing with Notre Dame College. Julie has chose to further her academic and athletic career at the nearby Division II institution located in South Euclid, Ohio, and hopes to major in Biology. She will be joining her sister Stephanie who is currently a freshman at Notre Dame, and 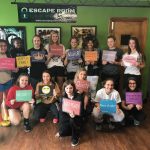 Girls Basketball team bonding at an area escape room The name of the game is “Escape Room” — a literal description for a complicated endeavor. A team of people signs up to be locked in a room, and must find clues and solve puzzles to complete a given mission and find the key to escape. 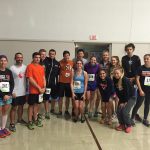 Members from the boys and girls cross country programs participated in a half-marathon this past weekend in Elyria. It was a goal for many of them, to find a nearby race and give it a try to see how they could do after their season was over. It was everyone’s first time running in such 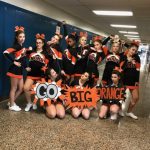 Congratulations to our competition cheer team on an outstanding performance at the SWC cheer championships.  We are all proud of your efforts.  Go Eagles!! 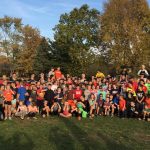 Kick Ball at Chestnut Intermediate School The Eagles JV and varisty football teams along with the students, parents, and staff at Chestnut Intermediate School held a kick ball contest yesterday (November 3) to help support cancer research.  Over $1500 was raised for cancer research through the kickball game and the Kick It for cancer program sponsored 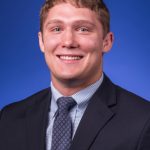 North Olmsted High School alumnus Alex Belaia-Martiniouk is ready to make his mark in the Duke University Wrestling program. The former two-time high school All-American has wrestled at 174 pounds and 184 pounds throughout his three years as a Blue Devil, but with a lot of offseason work and dedication Alex will be inserted into the 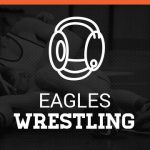 Conditioning for wrestling starts on 10-24 after school.  The official first day of practice is November 11th. For more information on wrestling, check out the link below.. North Olmsted Wrestling 2016 – Team Information