Welcome back to our Meet your NOHS Athletic Hall of Famers. We continue the Class of 2013 with 2002 graduate Kelly Murphy Coyle. 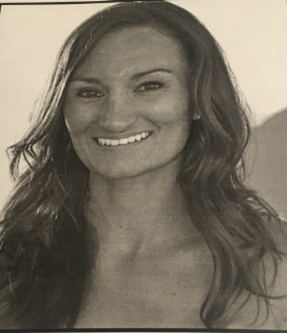 In the long and proud history of female athletes at North Olmsted High School, Kelly’s career simply stands above all the rest. A volleyball and softball player, Kelly was simply the most dominating pitcher the Southwestern Conference has ever seen. Kelly personally holds twelve different school softball records, some of which include; wins in a career (66), wins in a season (22), season era. (0.00), perfect games in a career (4), shutouts in a season (17) and seven consecutive shutouts.  Along with the records at North Olmsted High School Kelly also added to her list of awards First Team All-Ohio, Southwestern Conference Most Valuable Player, First Team All-Southwestern Conference, All-District and holds the Ohio State record of lowest era in a season (0.00).  This is a record that can never be broken. Upon her graduation from North Olmsted High School Kelly attended Youngstown State University where she earned both her bachelors and masters degree and graduated as a deans list student cum laude.  Her softball career continued to blossom as she was named Youngstown State University Female Athlete of the Year, All-Horizon League, Horizon League Pitcher of the Year, holds the career records for career era, career strikeouts, season wins and season strikeouts. One of Kelly’s proudest accomplishments was recently earning her doctorate degree from Old Dominion University.

Thanks for following along and be sure to check back later today for the next member of the Class of 2013!!!