Welcome back to our Meet your NOHS Athletic Hall of Famers. We get the Class of 2010 started with 1979 graduate John Gonska. 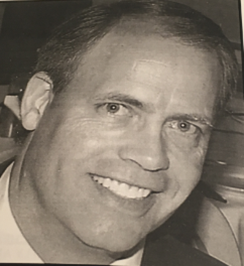 An outstanding middle distance runner on the 1979 Southwestern Conference track championship team, John was a member of several relay teams that set school records throughout his career. As a senior, John finished sixth in the state in the 880 yard run and also was a member of the school record setting 4X400 relay team as well as the 4X800 record setting relay team. These records still stand today. John was also a member of the cross country team while attending North Olmsted High School. John has fond memories of his time at North Olmsted High School and especially his senior year when he made the trip to Columbus with his teammates to run in the state track meet. A very proud and humble Eagle, John is very grateful for the tutoring and mentoring given to him by Coach Bruce Peepers. John feels that Coach Peepers was one of the most influential people in his life. He states that even today, many of the lessons he learned as an athlete at North Olmsted High School guide him in his decision making in his career and family life. After graduating from North Olmsted High School, John went on to run at Ohio University where his events continued to be the 800 meters and the mile relay.

Thanks for following along and be sure to check back later today for the next member of the Class of 2010!!