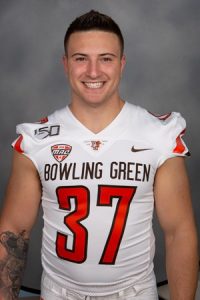 Darren was a big member of the Bowling Green Defense. Darren earned his first varsity letter this season playing in 11 total games and starting 1. He garnered 20 total tackles, 2.5 tackles for loss, and 1 sack. He had a career day against Buffalo this season as he totaled 9 tackles. 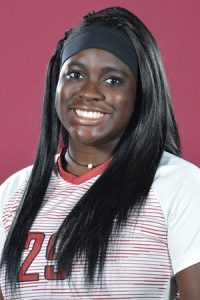 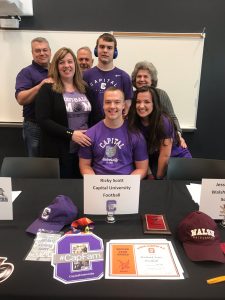 On the football field, Ricky appeared in four games for the Crusaders. As an offensive lineman, Ricky totaled 1 solo tackle. Ricky will look to continue his athletic abilities on the Crusader Track and Field team this spring. 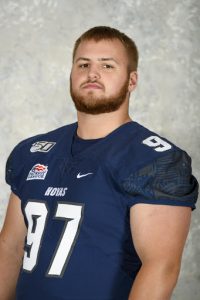 Tyler appeared in two games during his freshman season. Tyler totaled 2 tackles throughout the games he played in. He is primed for a big role in the Georgetown defense this coming season. 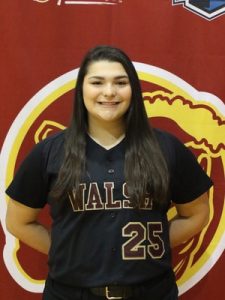 Jessica appeared in 9 games this season at first base for the Cavaliers. She totaled 6 at-bats during her season with 2 hits and 2 walks. She had a .333 batting average and scored 1 run this season. She is set for a big role when the season resumes this spring. 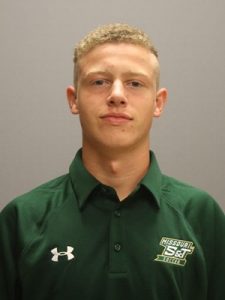 Shane played in 12 games this season for the Miners totaling 282 minutes on the pitch. Shane played well and had a career-high against Drury, scoring his 2 goals on the day. Shane earned his first varsity letter this season and had 1 assist and 5 total points for the Miner offense. 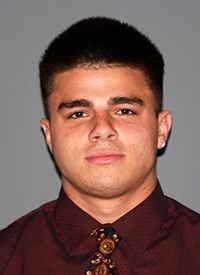 Dalton did not wrestle this season and redshirted the year. Dalton is ready to go both in the classroom and on the Matt for the Lourdes Wrestling program next season. 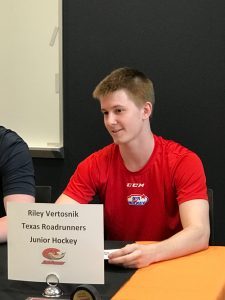 Riley appeared in 28 games for the Roadrunners of the North American 3HL this season, playing forward. He totaled 3 points for the team, scoring 3 goals and dishing out 3 assists. After a brief stay in Texas, Riley took his talents to Pennsylvania and became a member of the Lake Erie BigHorns.  During his time in PA, Riley has played in 24 games and accumulated 7 goals and 3 assists.

Travis is a member of a junior hockey team in Pennsylvania, the Lake Erie BigHorns.  During his time in PA, Travis  played in 45 games and accumulated 6 goals and 9 assists.  Good luck Travis. 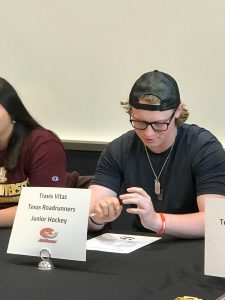