Continuing the Hall of Famers series and the Class of 2002 is 1955 graduate Jack Oring.

A gifted basketball and baseball player, Jack held the boys basketball all-time scoring record for twenty-eight years. A three-time All Southwestern Conference performer in 1953, 1954, and 1955, Jack was also chosen to the prestigious 1955 All-Scholastic Boys Basketball Team. This award at the time was the highest award that could be awarded to a Cleveland area player and signified that you were one of the twenty-five best players in the Greater Cleveland area. Jack was also chosen to be the North Olmsted High School representative in a city-wide foul shooting contest in 1955 at the Cleveland area. 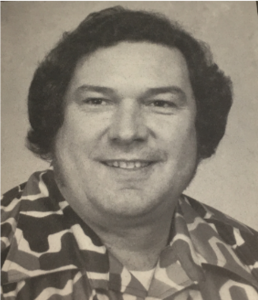 As outstanding as he was in basketball, Jack’s best sport was probably baseball. Unfortunately, during his time at North Olmsted High School, there was not a school-sponsored baseball team. However, this did not stop Jack from pursuing his baseball career as he became an outstanding player in the best of Cleveland’s Amateur Baseball Leagues. Jack’s future was bright. His outstanding play attracted the attention of the Cleveland Indians and in 1956 was drafted by the team. Jack soon became an All-Star third baseman in the Florida-Georgia League. Unfortunately, a serious knee injury ended Jack’s professional career. When asked if he had any influential teachers or coaches at North Olmsted High School, Jack replied with Ron Slater, Joe Kerka, and Ray Wilson. Jack always had a very deep loyalty and commitment to North Olmsted High School. As a result, it was very important to him to be a good role model for his fellow students.

Thank you for following the series and be sure to check back around 3 p.m for the next member of the Class of 2002!!