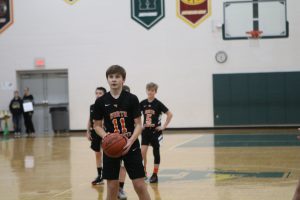 The 7th grade boys basketball black team took down the 1 seed Avon Lake Tuesday night to advance to the championship game! Michael Passafiume lead the way with 14 points. Matthew Bloomfield had 4 rebounds while Braydon Pavlus came up with 2 steals. Great team win from the Meyer twins and the rest of the bench! Come out and support the 7th grade Thursday night, 5 p.m. at Amherst Middle School! 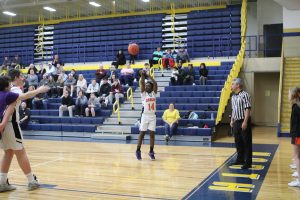 The 8th grade boys basketball won big on Tuesday night against Avon Lake with a score of 53-52 to advance to the championship game. Logan Dangerfield hit the game-winning free throw to clinch the game with 3 seconds left. Logan led the team in scoring with 17 points while Eggy Cordero had 13 points and 5 rebounds. Big Ben Roebuck contributed his part with 10 points and 2 steals! The boys will be back in action on Thursday night at 5 p.m. at North Ridgeville Middle School. Good luck and come support the Middle School Eagles!