On Saturday, February 15, before the final boys basketball game of the regular season, we will be honoring our four seniors. The Senior Introductions will start at approximately 6:45 p.m. with tip-off starting at 7 p.m. 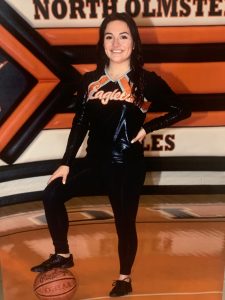 Mary Grace has been very involved in her time here at North Olmsted. She has been a member of the Eaglet Dance Team and Kick line for four years and was elected captain this year. She is a member of the Symphonic Chorale and she has been involved in the school musicals all four years here at North Olmsted. (Sites?) After graduation, Mary Grace plans to attend Wright State University to study Marketing and Management. 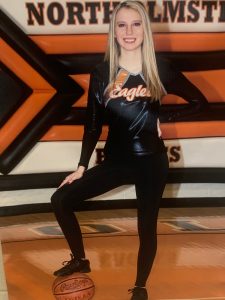 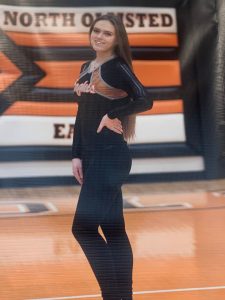 Jenifer has been a member of the Eaglet Dance Team and Kickline for all four years of High School and she was elected Captain for this season. She has been a member of Special Edition program as well as the National Honor Society for the past two years. Jenifer has also spent the last four years as a member of the school musicals as well as the Concert Master of Orchestra. Jenifer has assisted at multiple S.I.T.E.S and participated in the Mock Trial. After Graduation, Jenifer plans to attend either Miami University or Eastern Michigan University to study Social Work. 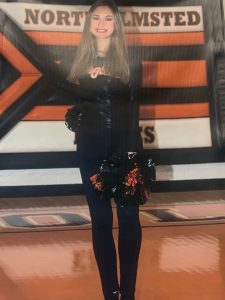 Olivia has been a member of the Eaglet Dance Team for the past three years as well as the Flag Team for the past four years. She was elected Captain for the 2019 season. Olivia has also been a member of the Link Crew. She plans to attend the University of Akron to study Criminal Justice and minor in Forensic Psychology as she plans to become a Crime Scene Investigator.

BEST OF LUCK TO ALL OF OUR SENIOR DANCE TEAM MEMBERS!!

Scrimmage
9:00 am
View All Events