Congratulations to all of our student-athletes that represented the Eagles in the 1st Annual NOHS Fall ESPY Awards. The purpose of bringing a post-season voted award to NOHS is to create more of a familiarity between the student-athletes, the community, and our athletic department. By creating this voting form through an online version only, just one article allowed us to gain national recognition from Varsity News Network, the technology software that our athletic site runs through, because of the number of views the website has received over the past month. The Athletic Department would like to give a big thanks to the students, staff, parents, and the rest of the North Olmsted community for making the 1st NOHS ESPY event a success.

The 1st Annual Male Student-Athlete of the Fall was Boy’s Soccer player Max Hess. Max collected 41% of the votes in the Male Athlete category in a close battle with teammate Trevor Cairns, who had 36% of the votes. Hess was a three-year starter for the Eagles and had an exceptional high school career with 21 goals. The senior forward garnered All-Ohio, All-Greater Cleveland, and All-Conference honors with an impressive 12 goals and six assists in his final season. Hess, who will possibly continue his career at Gannon University, includes being Conference MVP runner-up and his game winning goal in the sectional finals to beat Westlake as some of his most memorable moments. 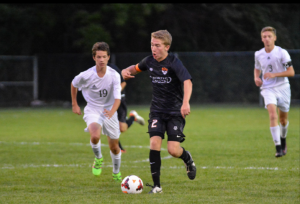 The 1st Annual Female Student-Athlete of the Fall was Cheerleader Taylor Sharosky. This category was the closest with Taylor, 29% of the votes, beating out Cross Country runner Megan Seighman, with 28% of the votes. Taylor has been a member of Sideline Cheer in football and basketball for all four years, and also does competitive cheer. She is currently a senior at Polaris in the Medical Professions, and after graduation plans to attend Ohio University to become an Obstetrician. Taylor is also an ambassador and the class president at Polaris. 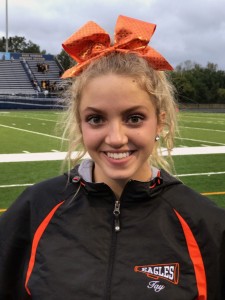 The 1st Annual Breakthrough Athlete of the Fall, which features an underclassman who excelled in their first year as a varsity athlete, was Boy’s Soccer player Brendan Cummings, who led the way in his category with 58% of the total votes. The junior defender started 16 of the 18 contests for the Eagles at Left Back, contributing to four team shutouts. He also posted two goals and three assists which resulted in receiving Honorable Mention All-Conference and Greater Cleveland. Cummings carries a 3.2 GPA. 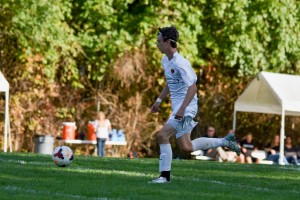 The 1st Annual Team of the Fall was the Boy’s Soccer Team. Led by Head Coach Chris Marsh, the Eagles ranked #10 in the Greater Cleveland Area and finished the season with an 8-4-6 overall record (4-2-3 Southwest Conference). Six different players received All-Conference accolades or better. The squad was given the #4 seed in the OHSAA State Tournament and defeated Westlake in the second round to win a Sectional Title. 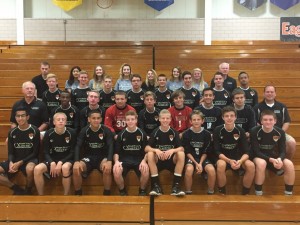 With all of the recognition that was received from the NOHS ESPY Awards, the North Olmsted Athletic Department has continued to climb up the charts and have reached the Top 20 in website views out of all high schools in Ohio. We sincerely thank you for all of the support and congratulations to all the student-athlete nominees and winners. Stay tuned for the 1st Annual NOHS Winter ESPY Awards in the coming months..