Contact the NOHS Athletic Office or click on the attached link for information on the HOF induction cermony: HOF Guest Information 2016 Document

The 1977 North Olmsted boys  soccer squad became a member of the elite of high school athletic teams — a state champion.  The ’77 boys team became the first team in North Olmsted High School history to win a state title in any sport, finishing with a superb record of 19-1-1. 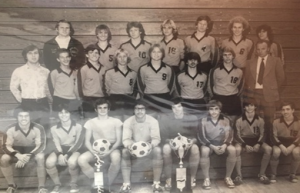 Besse Leick, a member of the 1939 graduating class, is one of the most accomplished female athletes to come out of North Olmsted High School.   While Besse excelled in many sports, track and field was her passion.  In 1948, Besse made it to the Olympic Trials and placed third in the javelin throw.  This third place finish qualified her for the U.S. Olympic Team in the 1948 London Olympics.

Besse was active in sports her whole life until she was diagnosed with Lou Gehrig disease in 1986.  Besse passed away in 1993. 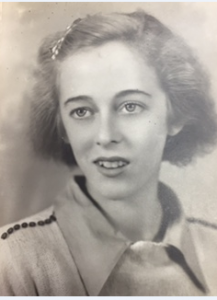 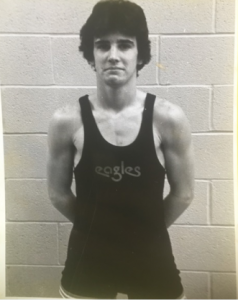 Billy Walsh was phenomenal on the wrestling mats at North Olmsted High School.  Billy graduated from North Olmsted High School as a three-time SWC champion, three-time sectional champion, three-time district winner, and a three-time state qualifier.  As a sophomore in 1975, Billy capped off an impressive first-year campaign as an Eagle wrestler by going down to Columbus and placing fifth at the state tournament.  In 1976 as a junior, Billy compiled a record of 25-2 and made it back to the state tournament in Columbus.  Billy caped off his great season with a 6-3 victory earning him his first state championship title at 119 pounds.  As a senior, Bill moved up to 132 and he looked to solidify his spectacular career as an Eagle.  In the state championship title round, Billy won 8-5 over the reigning 126 pound state champion, for the 132 pound title. 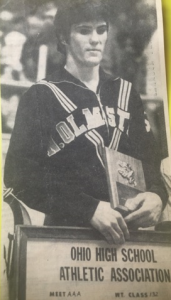 Walt Balinski is the first golfer in the history of North Olmsted Athletics to participate in the state golf tournament in Columbus.  In 1965, Walt, along with three other teammates, J Owens, B Lees and L Zeager comprised the first varsity golf team at North Olmsted High School under the coaching leadership of Ray Wilson.  During the season, Walt went undefeated in match and medal play.  After the regular season concluded, Walt continued his season that year winning the district match at Seneca Golf Course in a three-hole Sudden Death playoff between a golfer from Berea and Elyria. This victory qualified Walt to compete at the state championship in Columbus. 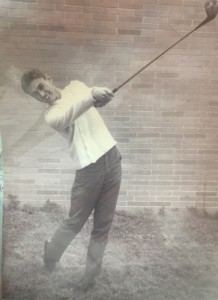 John DuBroy, a 1975 North Olmsted High School graduate, returned to his Alma Mater as a teacher and coach in 1988.  Over the next 28 years, John would coach boys and girl’s basketball, football, and track and field at NOHS and NOMS.   John served as a head coach and as an assistant coach at all grade levels.

As a student athlete at NOHS in the 1970’s, John excelled at multiple sports and was a tremendous leader on and off the field.  John’s senior year he was named captain of the football and basketball teams.  He earned six varsity letters across three sports.  John was a two-year starter at quarterback on the football team and two-year starter at point guard on the basketball team.  John’s exceptional athleticism culminated in his being named to All-Conference teams in football and basketball his senior year.  As a senior basketball player, John was also named the basketball team’s Most Valuable Player by leading the team in scoring and assists. 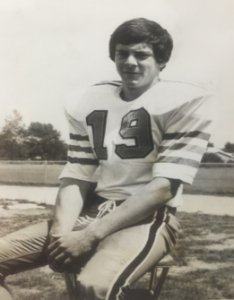 Shonda Spagnola was a multi-talented three-sport athlete during her time at North Olmsted High School.  Shonda was named captain of the women’s soccer, softball, and basketball teams during her years at NOHS.  In addition to being a team leader, Shonda earned numerous athletic and academic awards.  These special awards included earning eleven varsity letters, All-SWC honors in soccer, All-SWC honors in softball, and the SWC Scholar Athlete in Basketball.  While Shonda excelled at soccer and basketball, she was most recognized for what she did every spring on the softball diamond.  A four-year starter on the softball team, Shonda was a three-time captain and went on to lead the Eagles to two district championships. By the time her four years at North Olmsted were complete, Shonda was named to the Plain Dealer All Scholastic Team, All-Sun Softball Team, a member of the Softball District All Stars, was an All-District selection and was given an Ohio Award of Merit.

Shonda went on to have a remarkable career at the University of Carolina at Greensboro, where she received a degree in History.  As a four-year starter and three-year captain for the Spartans, Shonda was named to multiple all-conference teams, won three conference championships, and was named to the 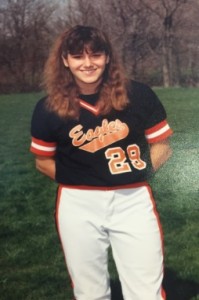